Welcome to yet another Dirty Bomb update! In this update we’re making tweaks across the board, including making Weapon Case Keys available for Credits, adding the option to Recycle both Weapon Cards and Special Edition Loadout Cards, and we’ve also made a plethora of balance updates. So check out the release notes below and enjoy the updatey goodness:

That’s right! Weapon Case Keys now have a Credit price so everyone can enjoy Weapon Cards without needing to spend a single RAD. We made this change as many of our long-term players have been asking for more items to spend their Credits on. We’ve also increased our Weapon Case drop rates by roughly 70 percent so you can make the most of this change:

Since Weapon Cards were added to the game we’ve been working on increasing their level of functionality to equal that of Loadout Cards and with this update we’ve made another step towards this. Now you can Recycle Weapon Cards in the same way that you can Recycle Loadout Cards. Weapon skin quality (Scarred, Pristine, etc.) do not effect the amount of Fragments you’ll receive:

Not only can you Recycle Weapon Cards, but if you’ve got some Special Edition Loadout Cards gathering dust you can now Recycle those too! They’ll provide you the same number of Fragments as Gold Loadout cards, so for each one you’ll receive 2,150 Fragments.

It’s important to note that while not confirmed when Steam Trading is live we may later down the road add the ability for you to Trade and/or put Special Edition Loadout Cards up for sale on the Marketplace. We’ll give you more information on this a little later down the line, but due to the nature of these updates we don’t know for sure just yet if/when this will happen. 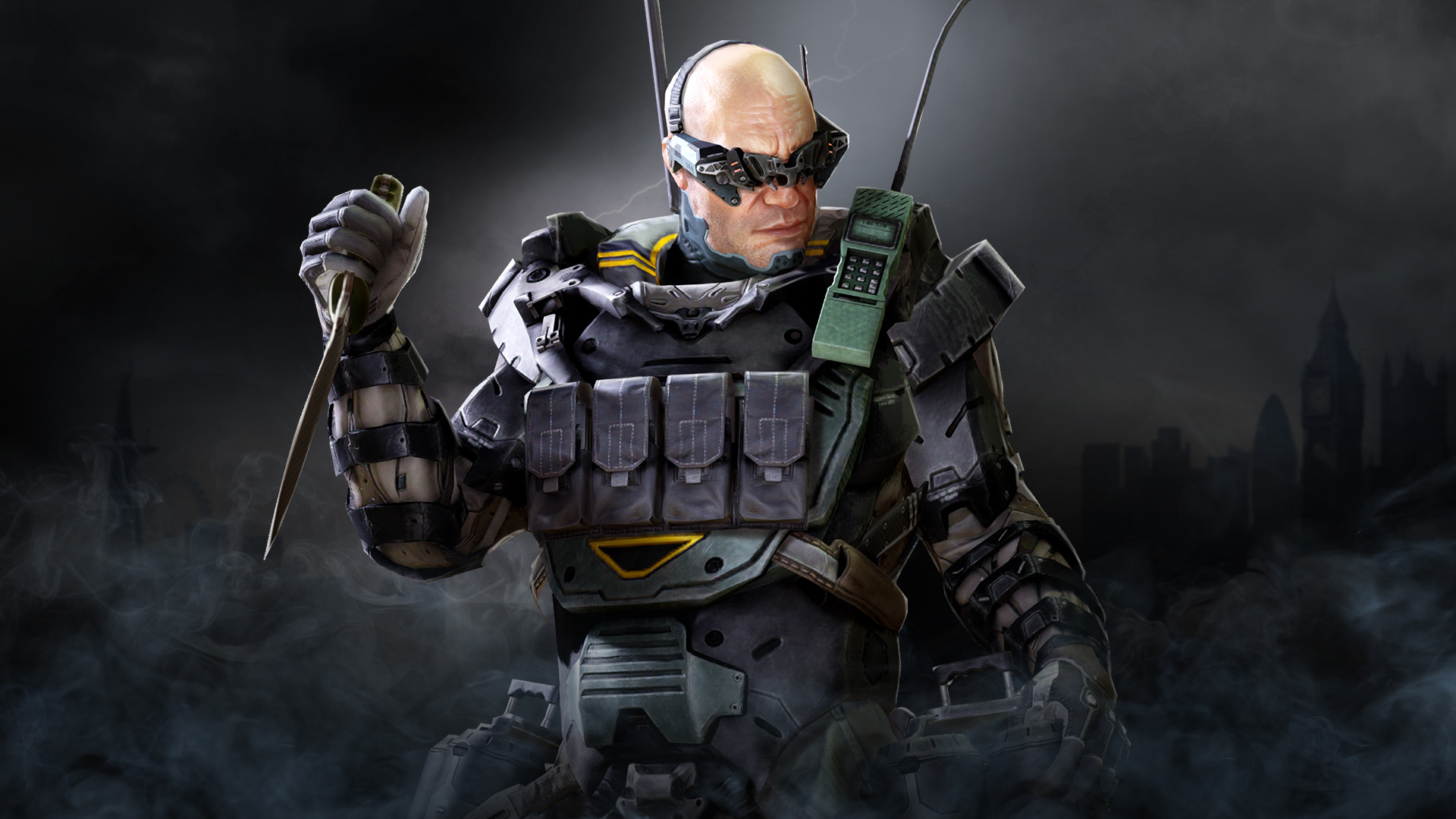 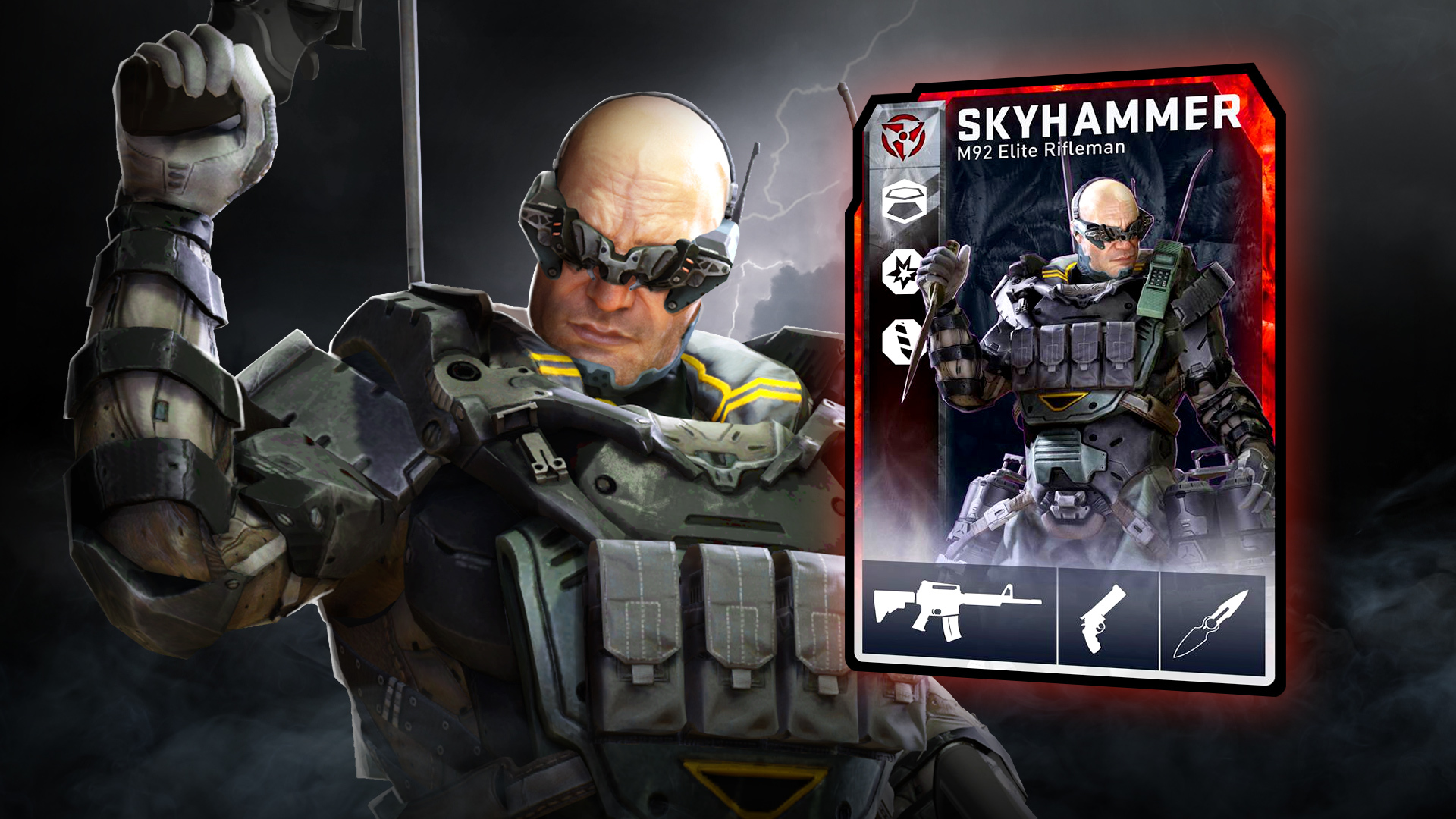 If you want to look like a badass when calling in an Airstrike or supplying teammates with ammo then this is the Loadout Card for you. Available now in-store for 3,650 RADs.

The Stark AR, BR-16 and Dreiss AR are currently the weakest Assault Rifles and needed some improvement. They’re all intended to be longer-range weapons so we’ve made changes to make them more accurate and more consistent at long distances:

A common complaint about Shotguns is how effective they are when used while jumping. Due to their pellet-based nature our standard jumping penalties aren’t as impactful when applied to them. With this in mind we’ve made a few changes to make jumping mid-combat with Shotguns significantly more punishing:

When using Bolt-Action Sniper Rifles players often get frustrated by the delay after firing before they can switch to another weapon, so we’ve reduced this timing while keeping the overall fire-rate the same:

These changes keep the total time between shots at 1.5s

These changes keep the total time between shots at 1.7s

Fletcher is our main offensive Objective Specialist and is filling that role nicely, however his Sticky Bombs can be very difficult to avoid. To combat this we’re reducing their explosive damage radius:

Guardian’s Sky Shield ability is mainly used by defenders to hold choke points and is often not appealing enough to use for the attacking team when there’s no EV to escort. This is why we’ve increased the power of the Sky Shield as an offensive ability while slightly reducing the power as a defensive one. This includes increased health and a decreased cooldown, allowing players to use it more often and in more offensive areas. The up-time of the Sky Shield has been decreased to make it less appealing for defenders, taking the overall down-time between Sky Shields to 10s (from 8s):

With having one of the most effective Revives in the game, Guardian does lack the ability to heal her teammates once they are up. So that her revived teammates aren’t sometimes left on scarily low health we’ve increased the minimum amount of HP her Bionic Pulse can give to revived players:

To improve Hunter’s utility to his team we’ve reduced his EMP Arrow cooldown so he’s able to utilise it more frequently to disable defences:

While we’ve gradually improved the Rocket Launcher’s balance, it’s still felt that Javelin’s a bit too good versus players and not quite good enough versus Objectives. These changes make her Rockets less frequent and more valuable when used against Objectives, reducing the number of times she uses it to purely kill players:

While Rhino is always going to be our tankiest Merc, over time he’s gradually become more powerful and more frustrating to play against. We’ve decided to make him a little easier to kill, but have also shaved off the edges of his hitboxes so you have to be a little more accurate when fighting against him:

Playing against Turtle can be a struggle for two reasons. First, if you don’t have any explosive damage dealers his Deployable Cover is very difficult to destroy, and even when it gets to low health he can often replace it with a brand-new one very quickly. To compensate for this we’ve increased the damage bullets do to the Deployable Cover so everyone can kill it a little faster, and we’ve made reclaiming his Deployable Cover return much less cooldown than previously.

Want to chat about it some more? Head on over to the [official forums”>(https://forums.splashdamage.com/t/july-24th-update-weapon-case-keys-for-credits-obsidian-operative-skyhammer-and-fine-tuning/232651), or check out our social channels.